by Team MDO
in IN THE NEWS
3

Zomato Food Delivery is back in news, this time for not a good reason though!

A twenty-seven-year-old woman who works as a delivery girl with the food delivery app was arrested by the Vashi (Navi Mumbai) Police on charges of abusing and robbing on-duty traffic constables.

When some constables took a photo of her bike, she started yelling at them. The rant went on for about 11minutes. She even refused to come to the police station.

According to Mogre, she was seated on her bike when the cops wanted to challan her.

Mogre has been booked for assault or criminal force to deter a public servant from discharge of his duty, attempt to commit robbery, intentional insult with intent to provoke breach of peace, and criminal intimidation. She has been charged with: 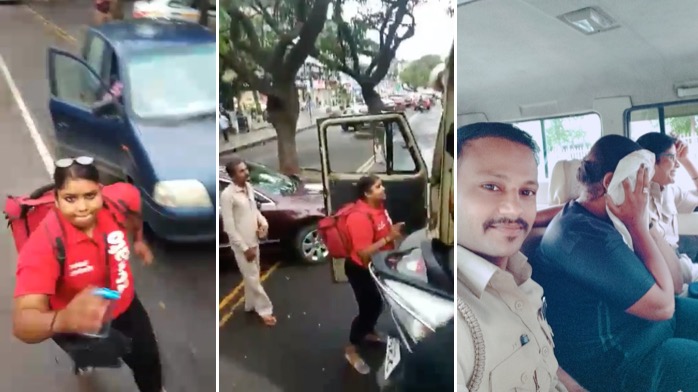 Many on social media have praised the police for taking the right action and not letting her lose, just because of her gender. Below were some of the reactions on this video:

@DGPMaharashtra What kind of mentality is this. She is hitting & abusing. Very bad.