by Team MDO
in CRIME HAS NO GENDER, GENDER STORIES, IN THE NEWS, IN THE SOCIAL
3

Woman Threatens To Commit Suicide Over Challan In Delhi

Rules and regulations are made for citizens of the country and whether one likes it or not, it is your duty to follow the law of the land where you reside. Also, needless to say that laws are be applicable equally to both men and women, however, this can be far from reality in an ideal world.

In an incident reported from Delhi’s Kashmiri Gate on Saturday, a woman threatened the cops to commit suicide for being challaned (fined). Huge drama unfolded during the peak traffic hours in the capital, when traffic officials stopped a woman riding a scooter to office.

According to the traffic police personnel : 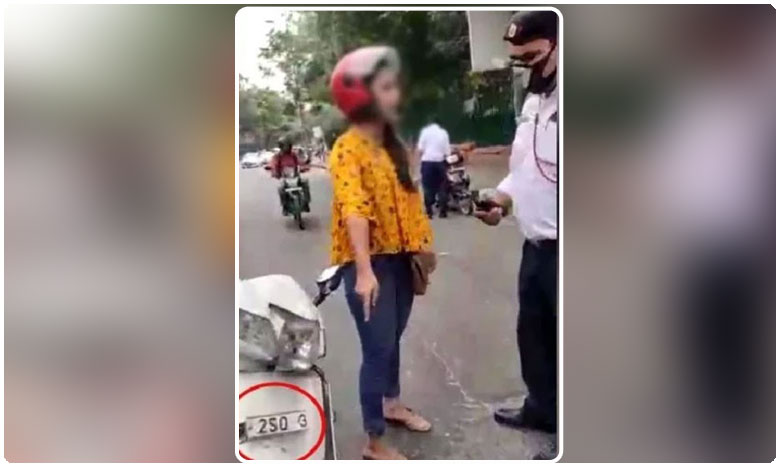 When the officials stopped her, they said she started creating a scene and shouting at the cops. At first the woman requested the officers not to challan her but they were relentless. Then she started crying and said that she was feeling unwell.

According to the police, while arguing with them, she threw her helmet on the road and created a scene. She dialled up her mother complaining about the challan. Still refusing to accept the challan, the woman then threatened to hang herself and asked what would the officers do if she kills herself.

The high voltage drama continued for more than 20-minutes on the busy road and passersby started gathering around to watch the heated exchange. After the ordeal went on for several minutes, the officers finally let her go without issuing a challan.

We are eagerly awaiting at least one comment from DCW (Delhi Commission For Women) Chief Swati Maliwal on the Gender Card played by this city woman, to break through traffic rules, which are strictly laid for the safety of citizens. While every women’s rights activist scream against gender inequality when the wrong is done to a woman, these are the same one-sided Equality Rights Champions who fail to call out their gender when they misuse their rights as privileges.

Not following the traffic and road safety rules as per the Act will burn a hole in your pocket:

High-level drama was witnessed in the National Capital after a girl was caught traffic violating rules.

High-level drama was witnessed in the National Capital after a girl was caught traffic violating rules.