Watch Video: Woman Abuses and Beats Up Man in a Plane

Woman beats up man in a flight from Miami to LA

A video from the US has gone viral since past 2-days, where a woman disrupted passengers on a plane when she struck a man on his head with a laptop.

As seen in the footage, the couple got into an altercation on an American Airline flight from Miami to Los Angeles when the woman allegedly caught her boyfriend admiring another woman.

However, shortly after a heated exchange of words and intervention of the cabin crew, the man gets up and walks away from his seat. His partner follows him and can be seen smashing him on the head with what appears to be a laptop.

The flight attendants try to diffuse the situation when the female flyer started howling at the man next to her and says that,

She continues telling him,

When one of the stewardesses asks her to refrain from swearing as there is a child on the plane she retorts, 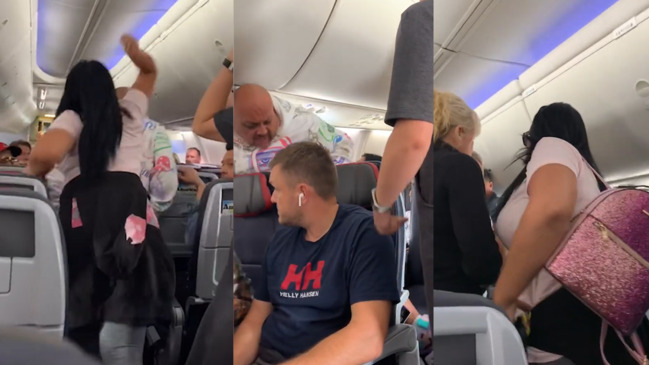 She also goes onto say,

Look, I’m not gonna say nothing if you don’t say nothing and try to cause a commotion, cause he’s the f***ing problem.

When her boyfriend, apparently called “Memo” walks away from his seat, she hits him up. Memo says,

You’re assaulting me man….. to which she replies, Oh, I’m assaulting you? 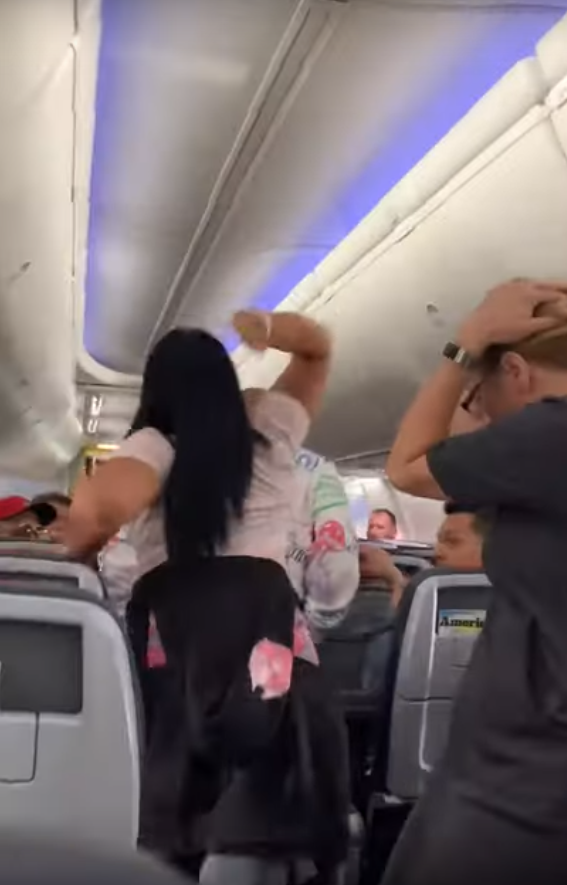 As he moves down the aisle she leaps to her feet and cracks him on the back of the head with a laptop, causing passengers to scream in terror and then starts pounding him with her fists.

When she has been asked to get off the plane, she doubles back to get her purse at which point the pilot informs her that she is going to be charged with assault. Apparently unruffled by this revelation she replies,

Miami-Dade Police Department  identified the woman as Mrs McLemore and said that the lady walked away after deboarding the plane, and a search for her “yielded negative results.” This was the update as late as July 23 evening.

What Do We Learn From This Incident?

This story was also covered by another portal in India that blogs exclusively about Men. This is how well-known activist Deepika Bhardwaj mocked the portal’s author for justifying the woman’s side, despite being in the wrong.