by Team MDO
in IN THE SOCIAL
7

Meet 24-year-old Vipin Sahu who never wanted to get on the glider in the first place. But little did he know that this experience would get him trending!

The tile-showroom owner from UP’s Banda had a great fear for heights. However, out of the five friends who went on 11-day trip to Manali in July this year, three of them had already done it. Sahu got instigated by his travel fellas and his ego pushed him into a six-minute crazy and wildly hilarious ride.

In the video, Sahu begins enthusiastically with a selfie stick and commentary, however, soon he realises how he has goofed up by opting for this adventure and starts cursing himself for taking the ride. He also offers to bribe the accompanying instructor for an early landing by saying, 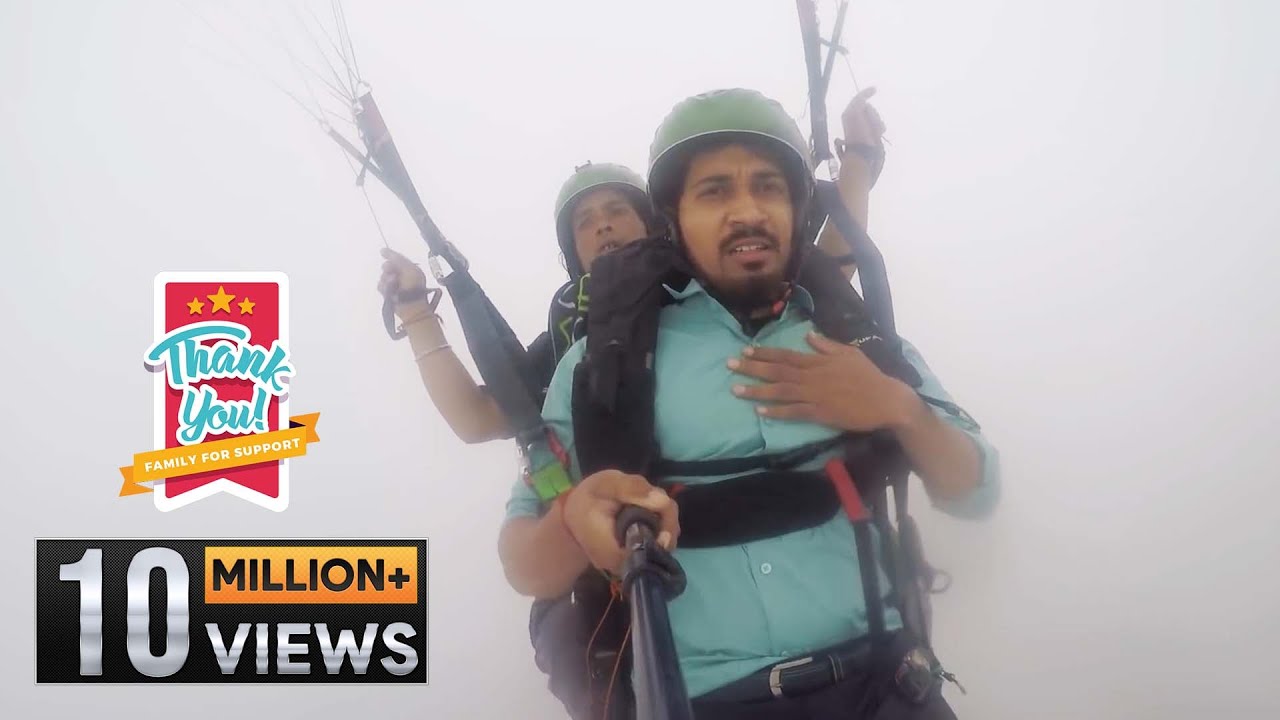 This video was shot on July 8. Although it went viral over the Internet only on Tuesday, with over several lakh views within a few hours. In addition, the video has been shared on several web pages, including some from neighbouring countries. More people now come to his showroom to meet the paraglider from the viral video, than to enquire about or buy tiles.

Sahu is totally “overwhelmed” by the response his video has got. He quoted to Outlook India,

Social media is such a powerful thing. A small man from a small town has got so much of love. I am glad I could make so many people laugh.

Another curious feature of the video has been his instructor constantly telling him to straighten his legs. Sahu says he was unable to seat himself properly in the harness, as a result of which, he couldn’t straighten the legs. Besides, the inconvenient position led him to feel that he was slipping down and he could fall, thus compounding his phobia of heights.

He suspects Rishabh Dixit, one of his friends who went on the trip for having circulated the video. Sahu says,

He doesn’t admit it but I know it’s him.

When the buddies saw this video for the first time at their Manali hotel, apparently they laughed so much that the hotel manager had to come to calm them down. A somewhat undesired consequence of the video going viral for Vipin was when it reached his family, who saw him using expletives generously. His family told him,

You pretend to be so decent at home. But we saw your real self in the video. 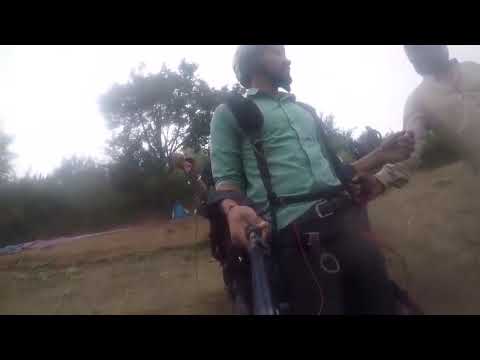 But Sahu asserts that he only used those words for himself and not anybody else.

Well the six minute ride after landing doesn’t deter Sahu from taking up yet another joy ride and this time he says ‘skydiving’ is next on his bucket list!

Some of the memes that went viral on his video:

“Bhai 500 le le lekin Land kara de” The Epic Paragliding Guy Vipin Sahu who has gone viral is exclusively with us on @RedFMIndia with Kadak Launde @NandKBairagi and @kadakashish. Tune in. NOW. pic.twitter.com/hFYnfstVH7