by Team MDO
in ALLEGED FALSE RAPE, IN THE LAW, IN THE NEWS, OTHER COURTS
2

Pune Civil Court has summoned actor Akshaye Khanna and the producers of the upcoming film Section 375 for allegedly showing lawyers in negative light. Akshaye, along with producers Kumar Mangal Pathak and Abhishek Mangal Pathak, has been asked to appear before the court on September 9.

An advocate has filed a petition in the court, claiming the movie’s trailer and promos portray court procedures in a wrong way. According to reports, the petitioner also slammed the makers over a scene in the film, in which advocates are seen taking cross-statements of a rape survivor and openly asking her objectionable questions in the courtroom.

Referring to the teaser of the movie released recently, petitioner Wajed Khan contended that it will create a “wrong impression” among rape survivors and they will not approach police to register a case. The advocate, while raising objections to certain scenes in the trailer stated that such cross-statements were never recorded in an open court but only in-camera. The petition said,

In one of the scenes, a male police officer is seen taking statement of a rape survivor in open in a police station and in court also, the rape victim is seen giving answers to vulgar questions of a lawyer.

Khan stated that such scenes from the teaser will also showcase the legal fraternity in poor light. He said,

A scene from the teaser also portrayed the legal profession in bad light and maligned the image of lawyers.

The petitioner requested the court to stay the release of the film, which is slated to hit the screens on September 13. After admitting Khan’s petition, the court summoned the actor and two producers, and asked them to appear before it on September 9. 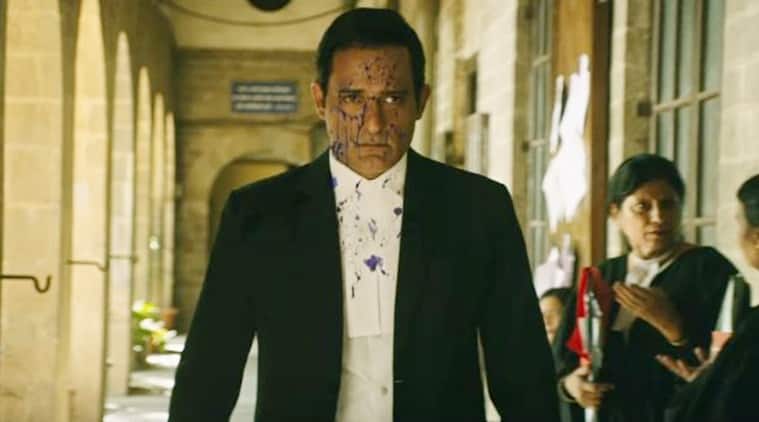 “Section 375”, starring Khanna and Richa Chadha, is an upcoming courtroom drama based on Section 375 of the Indian Penal Code (IPC).

The IPC section defines rape as “sexual intercourse with a woman against her will, without her consent, by coercion, misrepresentation or fraud or at a time when she has been intoxicated or duped, or is of unsound mental health and in any case if she is under 16 years of age.

Directed by Ajay Bahl, the film is based on Section 375 of the Indian Penal Code. In the movie, Richa Chadha plays a public prosecutor fighting to get justice for her client, who claims she was raped by a filmmaker (played by Rahul Bhatt), being defended by Akshaye Khanna’s character in court.