by Team MDO
in GENDER STORIES, IN THE LAW, IN THE SOCIAL, OTHER COURTS
0

Remember this Sardar boy from Delhi? Sarvjeet Singh’s name went viral across electronic, print and digital media in 2015, when a college girl Jasleen Kaur accused him of passing obscene remarks and threatening her.

Metropolitan Magistrate Sonam Gupta after concluding the trial on Thursday observed, that prosecution failed to prove the case beyond reasonable doubts and acquitted the youth from all charges. The court observed:

An elated Sarvjeet, took to Facebook to announce this happy news just before the onset of Diwali. He shared,

The Verdict is out. I am ACQUITTED! I wish to thank Waheguru ji for keeping His eye on me, and all of you for your tremendous support. My friends and well-wishers made it possible.

Most of all, my mother who stood by me like a pillar. Her faith in me was the major driving force that made me see each day with courage.

While all of us are happy that the man has been acquitted, let’s now refresh our readers how irresponsible media tarnished his image beyond a point, calling him and his father names, which also led to Singh losing his job.

Arnab Goswami (when he was employed with Times Now) had reached a new low when he went on air to call Singh “Delhi Ka Darinda” (Pervert of Delhi).

In 2016, Times Now had been fined Rs 50, 000 by the News Broadcasting Standards Authority (NBSA) for not maintaining neutrality while airing the interview with Sarvajeet Singh, the main accused in Jasleen Kaur eve-teasing case. The body also asked the channel to air an apology on March 22 that year. The shameful video was later deleted from Times Now’s youtube channel.

The channel was forced to put out the below apology.

This is how Times Now even tweeted against the senior citizen father of Sarvjeet. 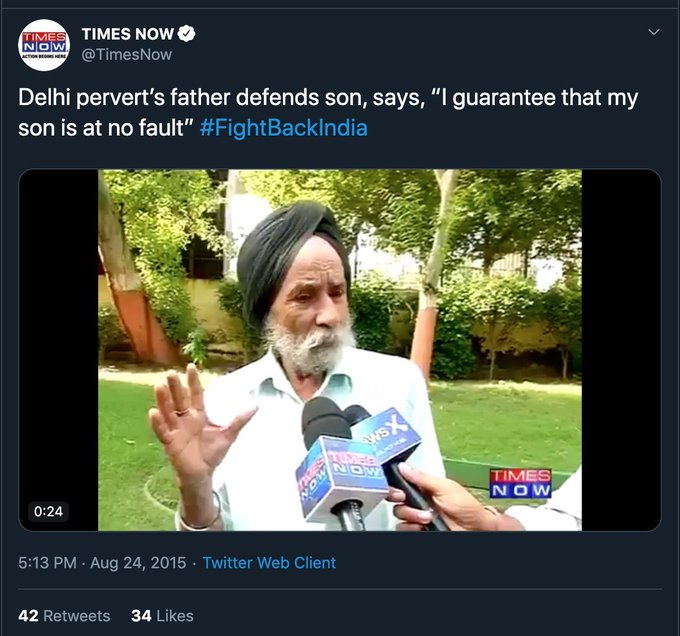 Hey @TimesNow, who is these reporter? She should be prosecuted defaming a citizen.#JasleenKaur pic.twitter.com/eXdWN7sFAm

However, the journalist who broke the story while being employed with Times Now, later apologised to Sarvjeet via a personal message. He confessed that he was ashamed and regretted his role in Singh’s character assassination.

Just read the story on your case. I was very disturbed. I wanted to personally apologise to you for playing a part in your character assassination.

This was the headline from ABP News when Alka Lamba (Former AAP MLA) went all out to defend Kaur.

A tweet also cropped up on the internet, which suggests Jasleen worked as an intern with NDTV.

Jasleen has been seen in pictures with Delhi CM Arvind Kejriwal and also her pictures appear as a member of the AAP Party, which promoted her one sided story tarnishing the image of the innocent boy. 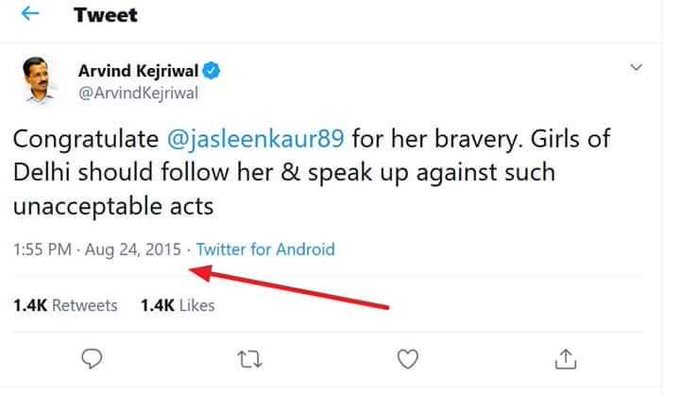 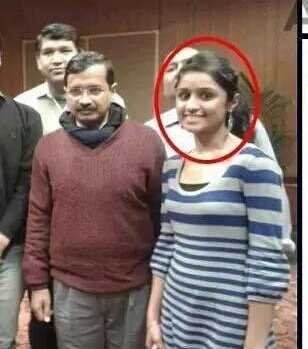 Now, this is exactly what Men’s Rights Activists are fighting against. In order to satisfy the popular opinion of crimes against women in India, media, social media and society as a whole, go on an overdrive and declare the man as a vulture even before he is pronounced guilty before court. After all this harassment and loss of four precious years, all Sarvjeet gets is a mere acquittal. The girl who filed false case has apparently already migrated to Canada.

WATCH OUR DETAILED INTERVIEW WITH SARVJEET IN 2020