28-Yr-Old Engineer Dies After Kite String Slits His Throat; Was Riding On Scooter With Sisters On Raksha Bandhan

A Raksha Bandhan gone bad for a brother……

A civil engineer died after his throat was slit by glass-coated manjha (kite string) in Delhi while he was going to a relative’s place. After celebrating Raksha Bandhan on Thursday, Manav Sharma, 28, and his two younger sisters were en route to Hari Nagar on his scooter to meet their aunt, a senior officer said.

Police said Manav, was killed on Vikaspuri-Meera Bagh elevated corridor in outer Delhi’s Paschim Vihar when the trio were heading towards their aunt’s house in Hari Nagar from their Budh Vihar home in Rohini to celebrate the festival of Raksha Bandhan. 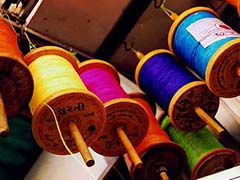 They were on the Vikaspuri-Meera Bagh elevated corridor when a sharp kite string hit Sharma, slitting his throat. As Sharma started bleeding, he applied brakes and stopped the two-wheeler. His sisters rushed him to Balaji Action hospital with the help of some passersby, where Sharma was declared brought dead.

According to the additional DCP, the doctors told the police that the kite string had made a deep incision on Sharma’s throat and severed his wind and food pipes. His body was handed over to the family after autopsy on Friday. The police added,

We have registered a case of causing death under sections 304A and 336 of Indian Penal Code against unknown persons. Since the kite string that hit Sharma could not be found at the incident spot, we cannot ascertain if it was a Chinese or improvised Indian manjha.

Despite the national Green Tribunal (NGT) ordering a complete ban on Chinese manjha two years ago, incidents of deaths and injuries caused by kite strings continue being reported from the national capital.

A total of 15 calls related to injuries caused by manjha were received on Thursday, when the country celebrated its Independence Day and Raksha Bandhan. The police said,

We registered 17 cases under Section 188 of Indian Penal Code against people who were found selling banned manjha. Since the sale, production, storage, supply, importation, and use of banned manjha were banned two years ago, the Delhi Police have been frequently taking action as per law. We also initiate special drives and issue public orders during festivals when sale and use of Chinese manjha increase in the city.

In a similar incident, 49-year-old Har Singh suffered cut wounds around his neck after a kite string hit him while he was riding a scooter on Pankha Road flyover in west Delhi’s Mayapuri area on Thursday evening. Police said Singh did not file a complaint because his injuries were not serious.