by Team MDO
in CRIME HAS NO GENDER, DOMESTIC VIOLENCE, IN THE NEWS
0

After their separation, Amber filed for a domestic violence restraining order against Depp, accusing him of abusing her. However, the actor denied the claims, and the former couple settled their divorce out of court in August 2016 for $7 million (Rs 50 crores). Both actors also signed NDAs (Non-disclosure agreement) barring them from discussing their relationship publicly.

However, in December 2018, Depp’s former wife wrote an op-ed for the Washington Post titled, “I spoke up against sexual violence — and faced our culture’s wrath. That has to change”, in which she described being an alleged victim of domestic violence. While she never mentioned her ex-husband by name, Johnny’s defamation lawsuit called her allegations against him a “hoax.” Depp is also demanding damages to a tune of $50 million from Amber, for tarnishing his image.

Depp’s has also filed a lawsuit against News Group Newspapers Ltd which owns the British tabloid The Sun. The actor’s attorney Adam Waldman said that they challenged the publisher’s cut and paste defense of Amber Heard’s latest abuse hoaxes. In a surprising turn of events, Depp’s lawyer also detailed evidence of Heard’s vicious violence against his client Mr Depp, who was the actual domestic violence victim in the relationship. 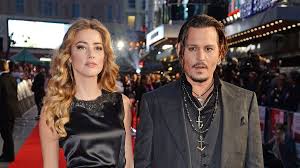 The actor claims the actress put a cigarette out on his right cheek, after she allegedly threw a bottle at him that severed his finger while they were both in Australia in 2015.

And there is more evidence to come. Yet Ms. Heard remains propped up by hoax-enablers, including Rupert Murdoch’s tabloid The Sun. Does the #metoo movement care about male victims too?

Well while #MeToo movement gave voice to many genuine victims, the tabloids milked the most out of all the statements issued by women without any verification.