Two male penguins at Berlin Zoo have been caring for an abandoned egg since July in their long quest to become parents.

According to the spokesman Maximilian Jäger, the same-sex couple, who are called Skipper and Ping, are keen to have a chick of their own, and have even been known to try to hatch fish and stones.

He said that the sole female of the species at the zoo had abandoned an egg and the two king penguins adopted it later. Both Skipper and Ping are now behaving like model parents, taking turns to keep the egg warm by nestling it on their feet under a flap of belly skin.

The duo are now doing their best to protect their precious charge from jealous rivals, after a little encouragement from their human guardians.

We just had to put it on the feet of one of the guys, and he already knew what to do.

Zahmel also added that the female in the group of six king penguins has shown little interest in her eggs recently, and the zoo hasn’t had a chick since 2002. Thus, a successful hatching would surely be great!

But the heartache for Skipper and Ping may not be over yet. Jager says,

The thing is, we don’t know if the egg was fertilised. If they are lucky, Berlin Zoo will welcome its first chick born to a same-sex couple in early September. 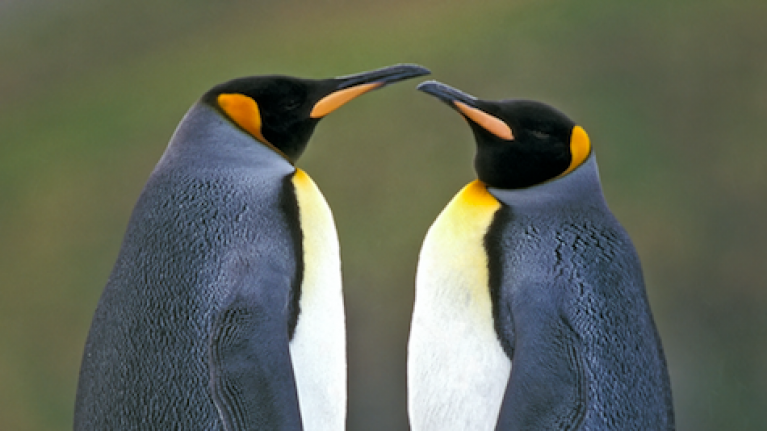 Animal behaviorists are split on exactly why animals couple up with members of their sex when there’s no reproductive potential. Sure, some animals might not be able to discern a male from a female, but often, animals pair up because they’re seeking a strong bond and a co-parent, as per researchers. 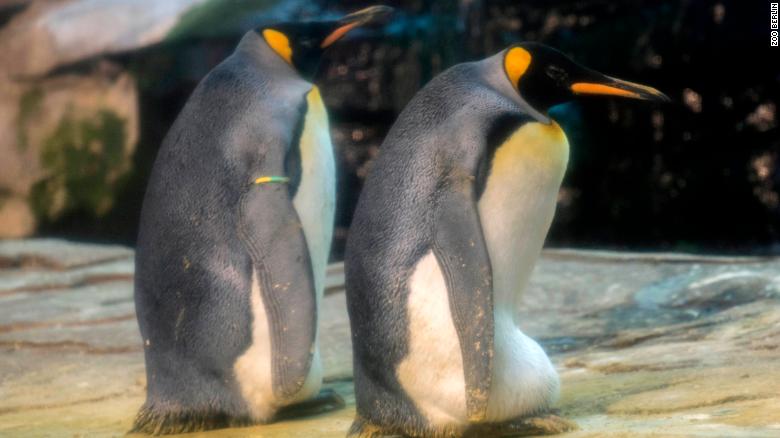 Like humans, many species engage in “non-reproductive sexual behavior.” And if there are more females than males in a group, same-sex partnerships are more than likely, according to the study.
Here’s truly hoping for Skipper and Ping to embrace parenthood as openly as they have embraced each other.