by Team MDO
in 498A CASES, ALIMONY, DOMESTIC VIOLENCE, IN THE NEWS
0

Former Odia film actor Varsha Priyadarshini has moved court against her actor-turned-MP husband, Anubhav Mohanty, accusing him of physical and mental torture. Mohanty represents the Kendrapara constituency and is Biju Janta Dal’s (BJD) deputy chief in the Lok Sabha and a national spokesperson for the party.

The couple have worked together in multiple Odia films even after their marriage in 2014. Priyadarshini has filed a petition in the court of Sub Divisional Magistrate of Cuttack under section 12 of the Protection of Women from Domestic Violence Act and has alleged that her husband used to hit and abuse her after getting drunk. She has also accused that Mohanty and his family members of not allowing her to act in films.

After coming back from Delhi, my husband became violent and shouted at me. On June 7, my husband and his father rebuked me in filthy language for two hours. On June 11, my husband asked me to agree for mutual divorce and threatened me with dire consequences if I did not agree.

In her petition, the Ollywood actor has also accused Anubhav of being a habitual alcohol consumer. She went on to add that the Lok Sabha MP often drinks in their bedroom accompanied by his friends. She further accused him of being a womaniser.

The hearing in the case is scheduled for Monday. Priyadarshini has also filed a separate petition under section 9 of the Hindu Marriage Act for restitution of conjugal rights.

According to the Anubhav, he has denied receiving any legal notice in the matter. Quoting to the media Mohanty said,

I have not received any notice in the matter, so I can not comment.

Last evening, the MP has put out his official response which reads as below. According to the press release, it is alleged that the domestic violence charge is a rebound of divorce filed by the husband. Anubhav has asked all to respect their privacy as matter is subjudice. 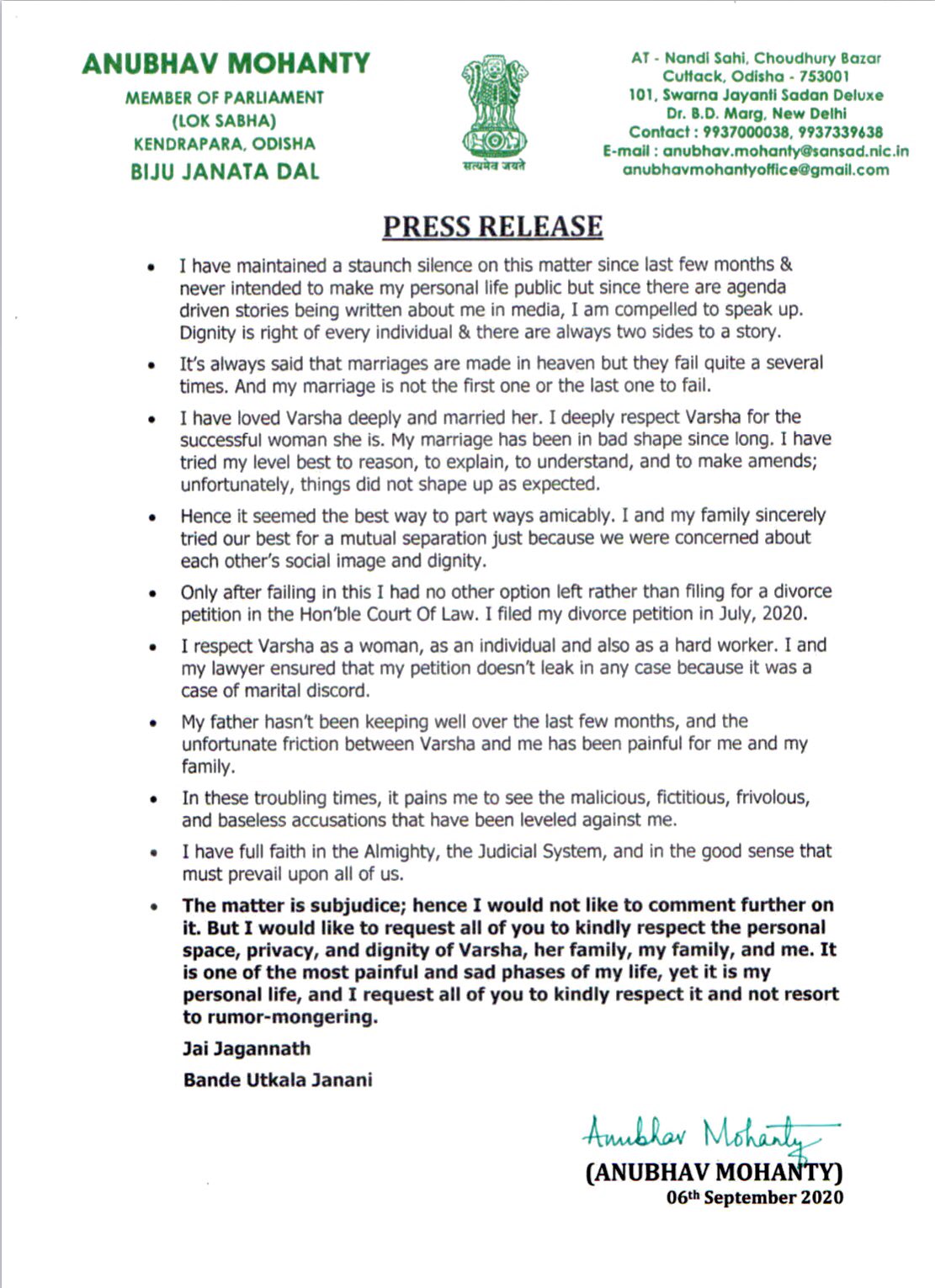