PV Sindhu wrote history when she defeated Japan’s Nozomi Okuhara to become the first Indian to win gold at the Badminton World Federation Championship on Sunday.

Heartiest congratulations, PV Sindhu on becoming the first Indian to win a gold medal at the #BWFWorldChampionships2019. What a feat to achieve, you completely smashed it.

Heartiest congratulations @Pvsindhu1 on becoming the first Indian to win a ?at the #BWFWorldChampionships2019. What a feat to achieve, you completely smashed it ??

More than his acting and overdose of nationalist movies, Akshay Kumar has been in the buzz on social media for reasons that might bug him. Social Media is always prompt to start viral memes on Akshay the minute India creates history at any event. Known for making movies that are socially relevant, the actor is also trolled for taking away all the limelight and attracting (or rather distracting) the audience towards himself. Recently, people started speculating a PV Sindhu movie, soon after the badminton player’s victory. Rumours started doing the rounds that a biopic on her is in the works, with Akshay Kumar in talks to play her coach Pullela Gopichand.

Pullela Gopichand is the chief national coach for the Indian badminton team. The former All-England champion is the recipient of several honours, including the Arjuna Award in 1999, the Rajiv Gandhi Khel Ratna in 2001, the Dronacharya Award in 2009 and the Padma Bhushan (India’s third-highest civilian award) in 2014. 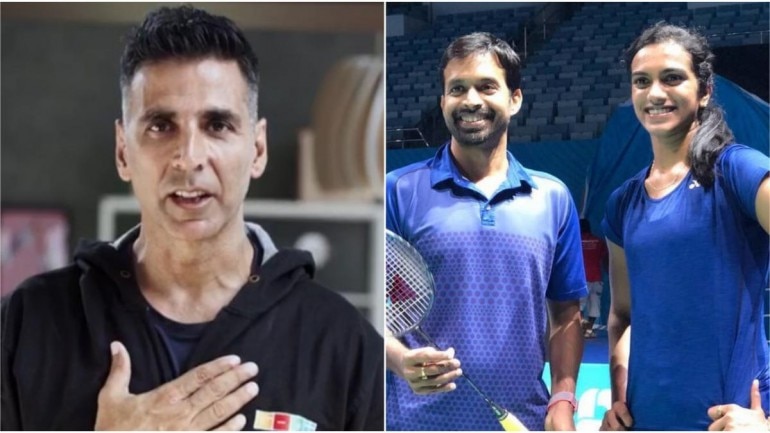 When India Today asked Pullela Gopichand to comment on the same, he said,

Well, I love Akshay Kumar. If he is doing it, it’s fantastic, because he is one of the people I really admire. But I am not sure about it. Akshay has met Sindhu and encouraged her on several occasions.

As of now Kumar has not confirmed the news, however, another film on Sindhu has been in the works for two years now. It is being produced by Dabangg 1 fame Sonu Sood and he will also play Pullela Gopichand.

Whoever finally plays Pullela, the viral memes on Akshay will surely leave you in splits!

Akshay Kumar getting ready for his new Biopic on P V Sindhu pic.twitter.com/dSho49zXHm

If women in India achieves something by her own merit, #AkshayKumar gets a movie. It’s like these women work to employ this man.

I thought he will play p v sindhu role ?? pic.twitter.com/z7DUuVQOur